Estuary, Acadia’s Creative Arts Magazine is now accepting
submissions for the Fall 2022 issue. If you have a poem,
short fiction up to 500 words, digitised artwork, photography,
or any artistic pieces you would like to submit for
consideration, please send to 153365s@acadiau.ca by Monday
November 21st.

Dr. Kevin Whetter is the recipient of a Harrison McCain Foundation Awards to support his Visitorship to St. Louis University and the University of Southern California. Both Visitorships centre around Whetter’s work on medieval romance as a window onto medieval life, including ways in which chivalric literature both inspires and draws inspiration from late-medieval socio-political structures. For Whetter, this intersection of chivalric life and literature extends to questions of female land rights, manorial and monarchial rule, and a re-assessment of the attitudes to regional identities and violence in the so-called “border romances” written on the Anglo-Scottish border during the Anglo-Scottish wars. 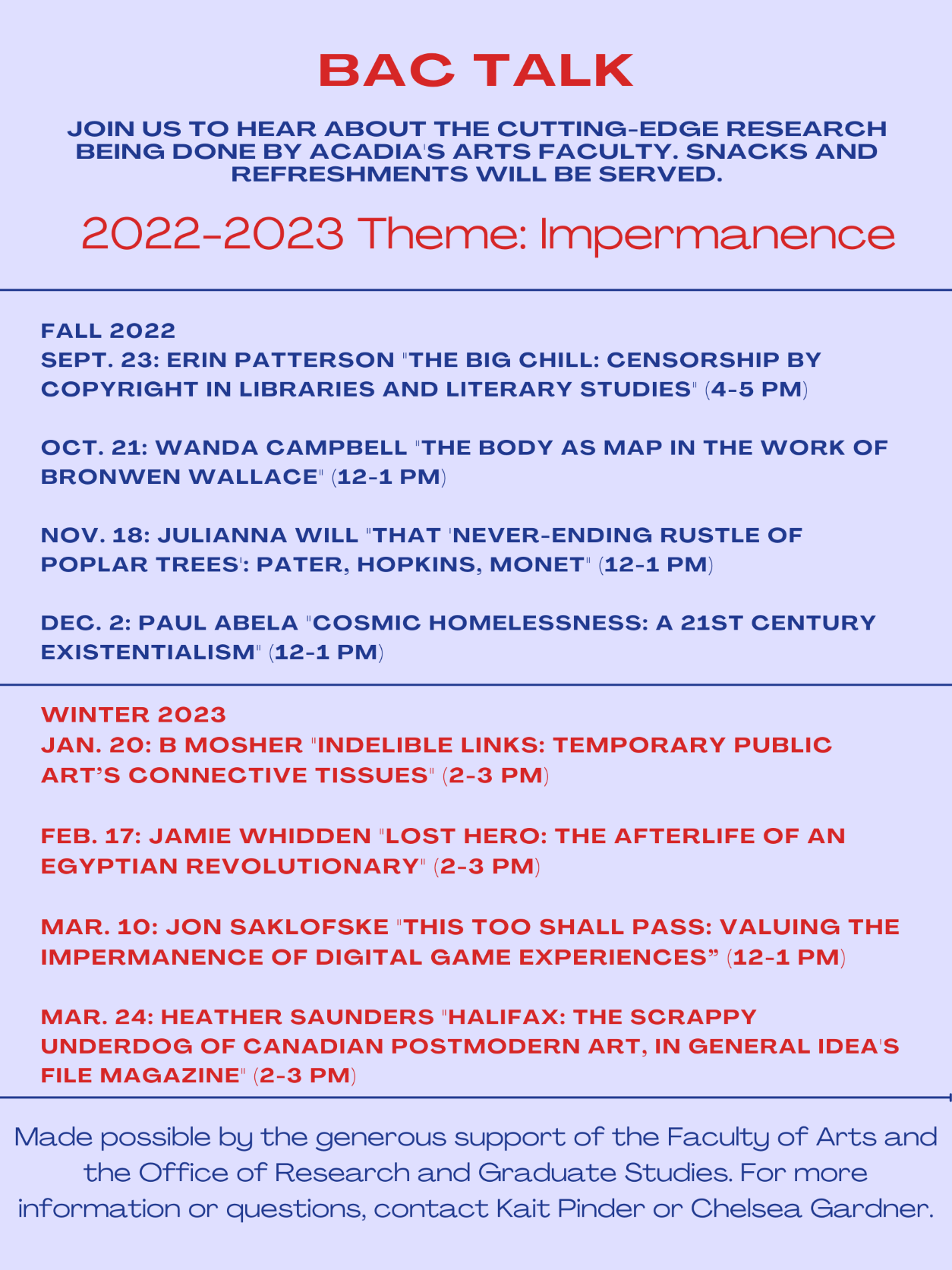 Congratulations to Austin Jones on a successful thesis defence! 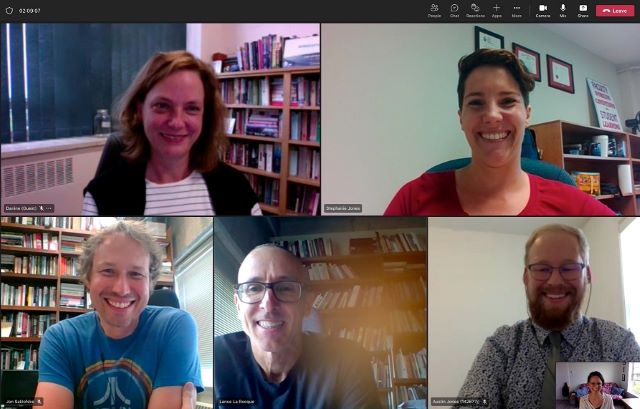 Congratulations to Spencer Nadeau on a successful thesis defence!

Congratulations to Wanda Campbell on the publication of Bronwen Wallace:  Essays on Her Works (Guernica 2022). Writers and critics have long acknowledged Kingston poet Bronwen Wallace's unique contribution to Canadian literature and yet her work has received little academic recognition. This collection attempts to remedy this with voices old and new.

K. S. Whetter of Acadia and Megan G. Leitch of Cardiff University are pleased to announce

Congratulations to Dr. Nandini Thiyagarajan on being the co-recipient of a SSHRC Insight Grant!