Research areas:
British literature of the long eighteenth century; history and theory of the novel; cultural theory; affect theory and history of emotions.

Selected Publications:
My research is focused on British literature and culture from the Restoration to the early nineteenth century. My recent book, an edited collection titled Affect and Abolition in the Anglo-Atlantic, 1770–1830 (Routledge 2013), investigates the uses of discourses of feeling for political ends in writings about slavery and abolition. My first book, Affected Sensibilities: Romantic Excess and the Genealogy of the Novel 1680–1810 (AMS 2007), argues for the importance of an ethos of emotional excess at work far earlier than is acknowledged in standard accounts of the rise of the novel. My current research investigates the usefulness for literary studies of insights emerging from the turn to affect across the humanities and social sciences. Publications resulting from this research program so far include: Affect Theory and Literary Critical Practice: A Feel for the Text, an edited collection with Palgrave Macmillan (2019); “Nothing More than Feelings? Affect Theory Reads the Age of Sensibility,” an article in The Eighteenth-Century: Theory and Interpretation (2017); and “Professing the Ineffable: Love in Excess, Affect Theory, and the Matter of Romance,” a chapter in Approaches to Teaching the Works of Eliza Haywood (MLA 2019). Current projects include writing a chapter for The Routledge Companion to Gender and Affect, and contributing the section on Affect Theory to The Year’s Work in Critical and Cultural Theory for upcoming volumes (2021–2024). I am also acting as guest editor of the next volume of Lumen, the annual journal of the Canadian Society of Eighteenth-Century Studies. 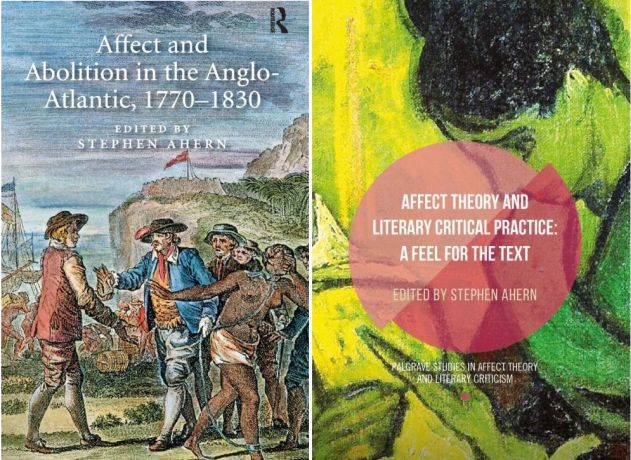 Teaching:
I enjoy teaching courses at all levels, from introductory classes for students new to studying literature at university, to seminars on advanced topics for honours and graduate students. As far as teaching style goes, in all classes I try to stimulate discussion so we can discover together the texts we study and come to an understanding together of what they might mean. As far as expectations go, like all professors I assume students have read and thought about an assigned text before they come to class, so they’re ready to jump into the close analysis that is a focus of class discussion. I understand that it takes practice to become an effective literary critic – and so try to create an open and welcoming classroom environment so people can feel comfortable enough to participate, to jump in with an insight they have about whatever we’re talking about.
If you are planning to write an honours or masters thesis, and have identified a topic you might want to focus on, please get in touch as I welcome theses in any of the research areas I list above.