I am a freelance journalist and contributing writer for several outlets whose work has appeared online in Audubon, ClimateWire, Love Nature, Scientific American, Teen Vogue and WWF’s (World Wildlife Fund) blog,in addition to up and coming publications such as Merry Jane and Cannabis Wire.I am also the editor of the Love Nature website. No set location— I travel where the story takes me with home bases in Halifax, Nova Scotia and Bow, New Hampshire.

It really took the entirety of the Acadia English department, and about half of the Biology team, to make my degrees a reality. I enrolled at Acadia as a Biology major, but always knew deep down I wouldn’t feel satisfied without pursuing another of my life long passions: writing. My first year I began to concoct a plan with Wanda Campbell to blend my interests, which soon grew into more complicated conversations amongst department heads. By the end of my second year I was enrolled as a Biology/English double major and despite the immense work it took to iron out my complicated schedule, the only one who doubted me was the registrar. In the end I graduated twice, in the spring of 2010 and again in 2011, obtaining a Bachelor of Science and Bachelor of Arts, with Honours degrees in both.

A year at the Atlantic Veterinary College enrolled in their DVM program, and subsequent three month stint in rural Kenya running a project for Veterinarians Without Borders, made me recognize my true calling was not in the application but the communication of the sciences. I realized my combined skillsets allow me to translate the intensely technical into relatable, informative and most importantly, compelling stories. Taking my chances, I applied to Columbia University’s Graduate School of Journalism in New York City and got accepted. In 2014 I graduated with a Masters of Science in Journalism.

Today I’m a fulltime freelance journalist focusing on the environment, from the many forms of life that inhabit the planet alongside us to the complex threats associated with human accelerated climate change. I’ve found my niche habitat, the environment in which I best thrive, and the Acadia English team undoubtedly got me started in the right direction. I couldn’t be more grateful. 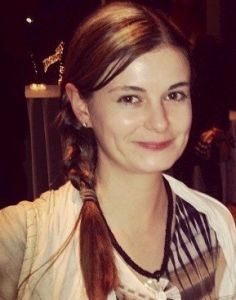